In the western Peloponnese, in the beautiful valley of the Alpheios river, lies the most celebrated sanctuary of ancient Greece. Dedicated to Zeus, the father of the gods, it lies on the southwest foot of Mount Kronios, at the confluence of the Alpheios and the Kladeos rivers, in a lush green landscape.

Although secluded near the west coast of the Peloponnese, Olympia became the most important religious and athletic center in Greece. Its fame rests upon the Olympic Games, the greatest national festival and a highly prestigious one worldwide, which was held every four years to honor Zeus. The origin of the festival goes back centuries. Local myths concerning the famous Pelops, the first ruler of the region, and the river Alpheios, betray the close ties between the sanctuary and both the East and West.

According to UNESCO’s World Heritage website, there is probably no ancient archaeological site anywhere in the world more relevant in today’s world than Olympia. The stadium of Olympia, where the ancient Olympic Games were held, and the massive temple of Zeus, the largest temple in the Peloponnese, are the site’s most significant attractions. 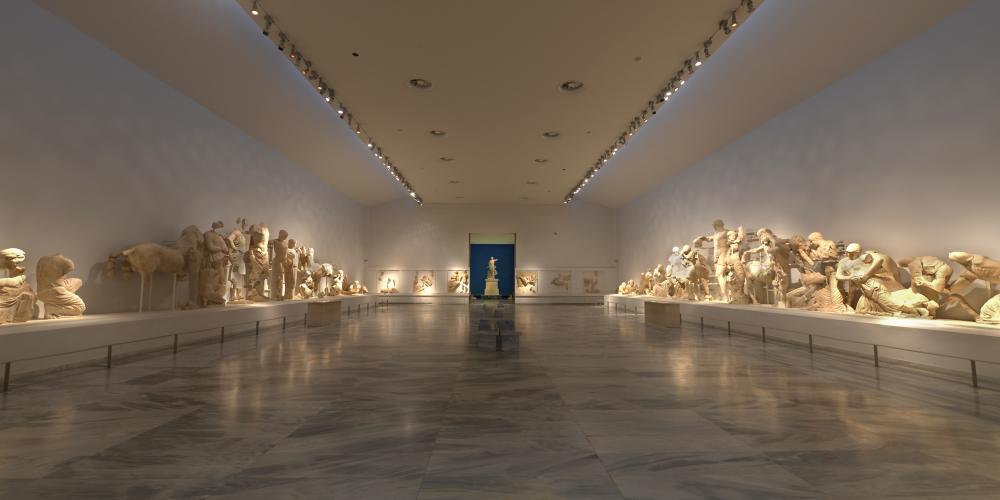 Graziano Pravadelli
(University of Verona, IT)